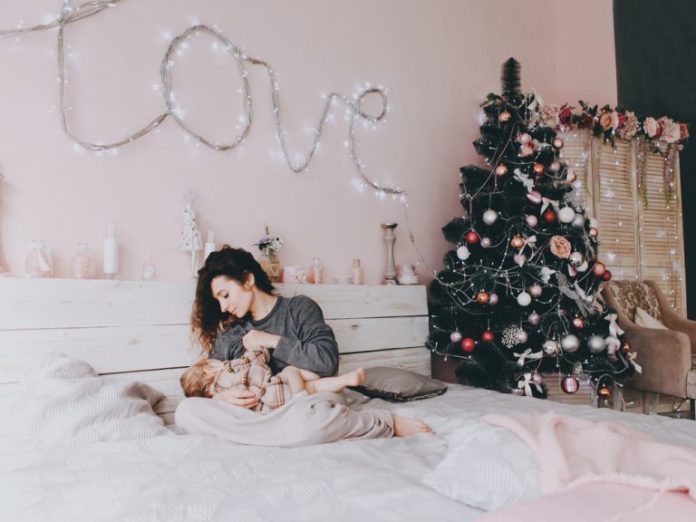 Although there is a debate in the pediatricians’ community whether formula is better for the baby than breast milk, there is one thing that’s 100 percent certain. Breastfeeding is a much better solution than using the formula from the point of view of the baby’s mother. This is a natural process that has a number of health benefits for the lactating mother.

So, if you’re still having doubts whether to feed your newborn with mother’s milk or formula, here are 10 reasons that go in favor of the former option!

1. It Helps the Mother’s Body Get Back to Normal After the Childbirth

Suction stimulates the production of hormones that help the mother’s body gets back to normal after delivery. For the same reason, breastfeeding promotes the removal of blood and placenta remnants that are left in the uterus after childbirth.

Breastfeeding also boosts the levels of oxytocin, a hormone responsible for reducing postpartum bleeding. This hormone also makes the uterus contract the uterus, that is, get back to normal.

2. It Boosts the Levels of the Hormone of Happiness

Among the hormones that are boosted by the baby’s suckling are those that can affect the mother’s mood. The so-called happiness hormones promote positive feelings, such as happiness, love, and attachment. Because of that, breastfeeding can be a method of preventing postpartum depression, as well as establishing the bond between the mother and the child.

3. Breastfeeding is Good for a Better Sleep

The fact is that breastfeeding promotes rest and calmness, both in the child and the mother. This is especially evident during the night, when the hormone prolactin is produced. One of its many roles is to boost the production of breast milk. What this means is that not only it helps the baby get all the food it needs, it also makes the mother feel more relaxed.

4. It Can Prevent Breast Cancer

There is scientific evidence that associates breastfeeding with a lower risk of breast cancer. The same goes for other types of this disease that commonly affect women, most notably the cancer of ovaries and uterus. On top of that, certain studies have shown that breastfeeding can prevent future urinary tract infections, as well.

Again, it is the hormones that are responsible for everything. Basically, hormone imbalance is one of the most common culprits of all of those health issues and breastfeeding seems like a natural solution for it!

5. It Reduces the Risk of Osteoporosis

During the lactation, valuable minerals and vitamins from the mother’s body end up in breast milk that the baby feeds on. As a result, the body of the mother starts producing more of those essential nutrients.

This process continues even after the baby stops sucking, so all of the nutrients end up used to promote the health of the mother. Her bones seem to get the most of it, which is why it is suggested that the mothers who breastfeed have a lower risk of developing osteoporosis later in life.

The problem is that some nutrients, particularly calcium and vitamin D are precious both for the mother and the baby. So, if the diet of the mother is not ideal, the amount of those nutrients won’t be enough for both of them.

These precious vitamins and minerals will end up in the milk, which means that the lactating mother will be in a constant need of them. If the breastfeeding period takes more time than expected, the risk of osteoporosis will actually go up.

This whole process consumes about 500 calories each day, which helps mom lose the weight quickly after pregnancy. In fact, the amount of calories spent on breastfeeding is equal to 2 hours spent in a gym, working out with weights!

7. Breastfeeding Reduces the Risk of Diabetes

Breastfeeding for at least six months reduces the risk of diabetes for the mother to almost 50%. At least that’s what is claimed by the Journal of the American Medical Association (JAMA. They did a study on more than 1,200 women between 18 and 30 years of age, over the course of 30 years. All of this means that there’s significant evidence to say that it’s true that breastfeeding reduces the risk of diabetes.

8. It Is a Natural Form of Birth Control

During the pregnancy, the menstrual periods do not happen. The menstruation-free period continues even after the baby is born, especially among the mothers who lactate for a long time. Because of this, some doctors recommend breastfeeding as a 100% healthy form of birth control.

The ability to satisfy the needs of your infant is something that must feel good. It gives the mothers the feeling that they have a total control over the wellbeing of their child, thus boosting their self-confidence.

10. Breastfeeding is Good for Your Budget

The fact is that breastfeeding can save quite a lot of your time and money. It’s pretty logical when you think about it – breast milk is free, formula isn’t! In addition, the breast milk is always available when the baby needs it.

Mother’s milk does not require any preparation, nor do you need any special equipment to feed it to the baby.  Also, its temperature is ideal for the wellbeing of your newborn. All of this makes it the most hassle-free method of tackling baby’s nutritive needs.

There you have it, the 10 most important reasons why breastfeeding is good not only for the baby but for the mother as well. Of course, this doesn’t mean that you should do it at any cost. Some women can’t breastfeed for health reasons; others may find it too uncomfortable.

Whatever the reason might be, it’s important to point out that from the infants’ perspective, there isn’t much difference between breast milk and formula. What this means is that the answer to the ever-going debate of breast milk vs. formula is that depends on the needs of the mother. 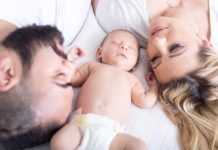 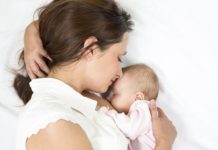 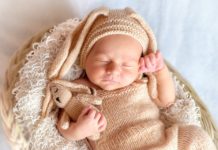 BabyCareMentor - 11/11/2016
0
Choosing one of the best baby food brands is a daunting task. A wrong product may hamper the child’s ability in any way. With the trend of mixing foreign materials with pure substances to...
Read more

BabyCareMentor - 15/11/2016
0
When baby’s not feeling well, the last thing we want to do is to search for the right tools while the baby is crying. To keep things simple, a baby healthcare kit will do...
Read more

BabyCareMentor - 19/11/2016
0
You touch a baby’s skin and probably say, ‘Aren’t baby’s the softest?’ And the answer is yes. Babies are born with the softest and delicate skin, but their plump and pinkish skin require a...
Read more
ABOUT US
Babies are a gift of God; BabyCareMentor.com helps you in knowing the best health care products, baby foods, shampoos, nourishing lotions and diapers for newborns.